Employee Political Donations: How To Monitor For This Risky Activity 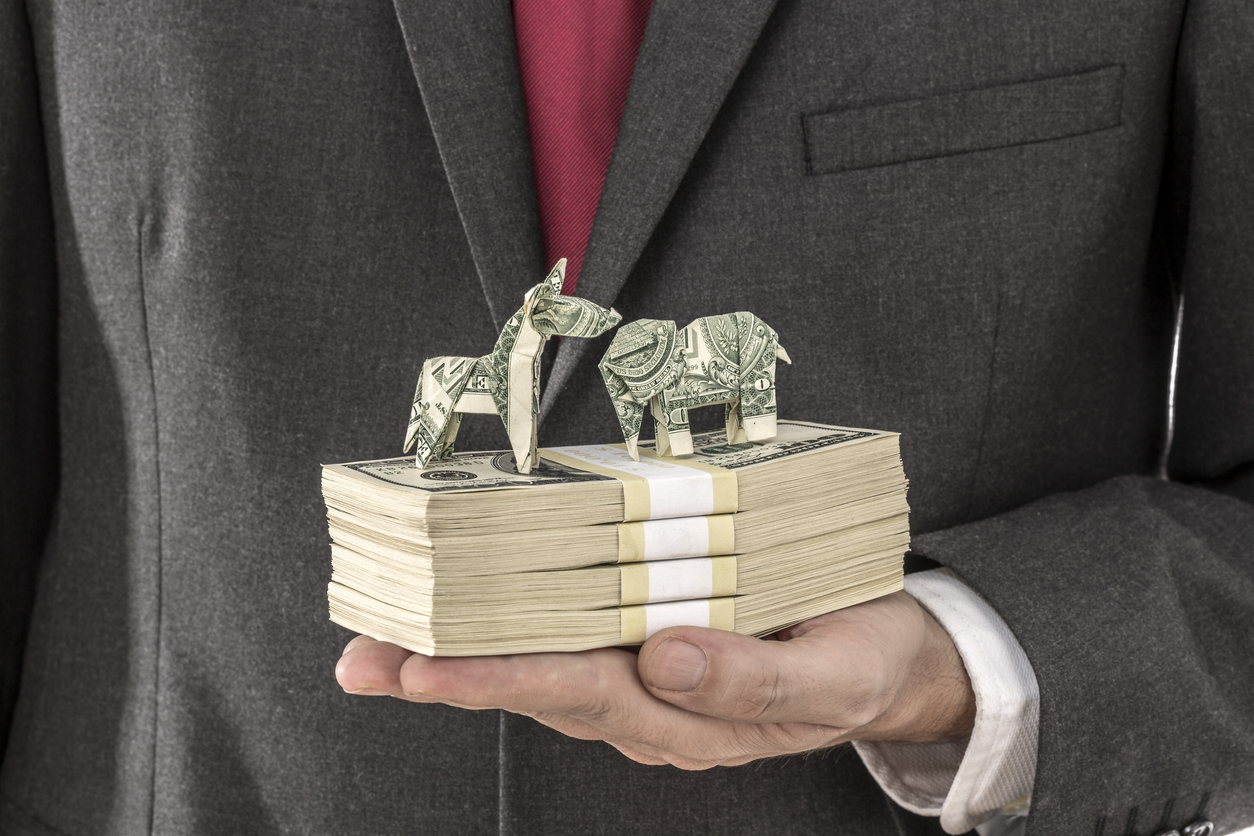 The US midterm elections are shaping up to be the busiest and most contentious yet. As such, firms need to keep a close eye on employee political donations. Today’s Q&A with Star’s resident expert on such matters tells you how to do just that and offers some big-picture perspective

Every two years in the United States, the people head to the ballot box to elect an entirely new US House of Representatives. That’s 435 people running for federal office. All at the same time. In addition, one third of the US Senate is also up for electoral grabs. And federal-level elections are just for starters. The states are having their own executive and legislative branch elections, not to mention countless elections going on in cities and counties across the country. Then throw in primary elections at almost every level of American government leading up to these general elections. It’s a lot of people in motion for office, with a lot of money chasing those people. Money that may be coming from people in your employ. Money that could put your firm in danger of breaking any number of pay-to-play laws.

As in so much of the rest of compliance, when it comes to tracking employee political donations it’s automation that can come to the rescue of overworked and overwhelmed compliance officers and the firms they protect. Automation in the form of sophisticated compliance platforms—software solutions—that give compliance teams a single place from which they can react faster and work smarter in the job of monitoring employee political donations. Today we’re speaking with Bill Donnell—Senior Sales Executive at Star and our resident expert on the 6L Political Surveillance tool and new dataset fueling Star’s Political Donations monitoring software—just in time for the 2022 midterms.

Q: Bill, you were with this software and dataset from the beginning, when it was still Six Lambda, before Star acquired it to supercharge and focus its own political donations monitoring efforts. All this to say you’ve probably been through more than your fair share of election cycles. Is there anything worth calling out in terms of risk related to donations monitoring for this year’s midterms?

Bill: There’s always an uptick in donations activity when the election cycle includes the presidential contest, which of course is not this year. But there's still been an uptick in activity year-over-year with the midterm elections: in 2018, 2020, and 2022. And it’s likely due to the polarization in the electorate you hear so much about. People are more willing than ever to give to make sure their voices are heard.

Q: Upticks in donations activity means an uptick in monitoring work for compliance teams. Let’s talk about how Political Donations and 6L Political Surveillance can make all the difference in this respect.

Bill: When Star acquired Six Lambda, one of assets it got was the Six Lambda dataset. This means several things. First, it means Star now controls the collection of its own political donations data, and in a data-reliant business it’s always an advantage to have control over the data you’re using to help your clients. Second, the Six Lambda system, now part of the STAR Platform, automatically goes out every day and searches all the separate political donations databases: federal, state, and local. It then centralizes what it finds in a single, massive database—comprehensively covering all the political donations activity happening across the country. And that database grows on a daily basis: building and building and building. And StarCompliance owns it.

Q: You’re stressing the fact that the dataset is updated on a daily basis. Why is that important?

Bill: The frequency with which the data is refreshed is important because there's a remediation period. After a political contribution is reported, firms have four months to pull it back, if needed. So the more frequently the data is refreshed, the better the chance firms have of catching an improper contribution, and the more time they have to initiate and carry out the remediation process.

Equally important is the granularity of the data. It’s not just about federal and state data. People are giving at the local level—the municipalities—to effect change. It’s difficult to get to this data. Very difficult. Any compliance officer who's ever searched manually for a political donation to someone running for school board or city council will attest to that difficulty. With Star this is all done automatically, with everything tidily aggregated in a single database. Obviously, this is a tremendous time saver for compliance teams. Simultaneously, the firm is also significantly reducing firm risk as regards pay-to-play violations.

Q: Of course, just because you have the best data doesn’t necessarily mean you have the capabilities to properly process it: to make the most of it from a compliance perspective. What else is called for?

Bill: Here’s how it all works. Say you’ve discovered an improper contribution. Now you have to take action on it. That means research needs to be done. Investigating. Casework. All of which equates to firm time, money, and resources. How are you handling that? Star’s Political Donations gives you the data you need and the tools to work with it. Here's your audit trail. Here’s a place to take notes. In short, there are tools to manage the process from start to finish. And it’s evidence to regulators you’ve done your job. Also worth noting is the two-year look-back rule, though many firms are more conservative than that. The good news is, our data is historical. So if you do need to do an historical audit and additional research, the donations data is right there for you.

Q: How long does it take for new users of 6L Political Surveillance to go live with the tool?

Bill: This is a web-based application. As soon as we have an agreement in place with our clients, they get a username and login and can immediately start running names and addresses. And when they're onboarding the entire firm, we have templates and other time-saving ways to onboard the employee base quickly. We actually do the initial onboarding to get clients started. Put simply, firms have immediate access to begin searching at least for individuals. All of this just in time for what's shaping up to be a very busy elections season. So whether firms need to reduce their exposure to pay-to-play risks, or need to create an efficiency when it comes to political donations searches, the addition of this new dataset and monitoring tool to the Star suite of software solutions will help them navigate not just the rest of the current election cycle but election cycles to come.