Regulation Update: Leadership Changes In Motion at the FCA and BaFin 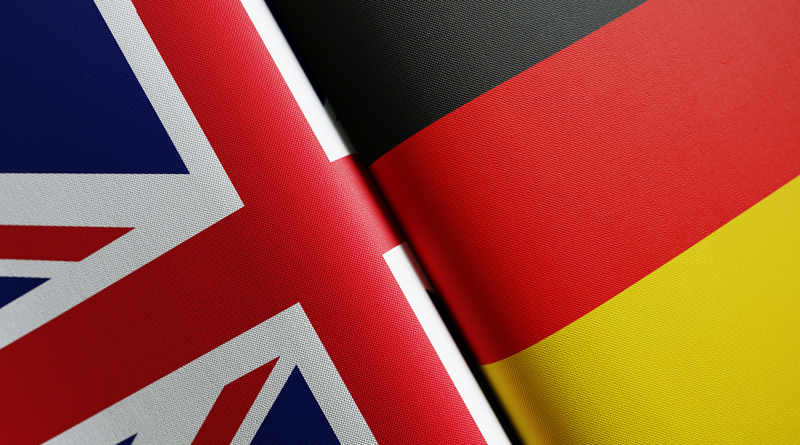 Last month we covered the upcoming change in leadership at the SEC. Today we cover equally significant, and very different, leadership changes happening at regulators in the UK and Germany

The idea that as any new leader takes up his or her office there’s a certain energy in the organisational air and expectation of action is a valid one. With a new president in the White House, that expectation in the US is well documented. The media is currently chock full of stories about President Biden’s pick to head the SEC, Gary Gensler, who’s widely expected to run a tighter regulatory ship than his predecessor, Jay Clayton.

In the UK, the FCA has also had a relatively recent regime change. Last June, Nikhil Rathi was announced as the regulator’s new chief executive. He officially took up his post in October, and has had a lot to say about what he sees as the FCA’s priorities moving forward. In Germany, the head of BaFin, the country’s Federal Financial Supervisory Authority, will soon be stepping down in response to the Wirecard scandal. We recently covered leadership change happening at the SEC. Today we’re going to look at leadership changes happening at the FCA and BaFin—each the result of two very different sets of circumstances.

NIKHIL RATHI AT THE FCA
Rathi is an FCA board member and its new chief executive. He was appointed chief executive on 1 October of last year, having been named to the post last June by the Chancellor of the Exchequer, Rishi Sunak. Rathi was previously chief executive of London Stock Exchange plc. From September 2009 to April 2014, he was Director, Financial Services Group at HM Treasury, where he led the ministry's work on the UK’s EU and international financial services interests. Rathi succeeds Christopher Woolard, who acted as the FCA’s interim chief executive after Andrew Bailey stepped down from the post in March 2020. Rathi was appointed for a five-year term.

Upon being named to head up the FCA, Rathi had this to say: “We will create together an even more diverse organisation, supporting the recovery with a special focus on vulnerable consumers, embracing new technology, playing our part in tackling climate change, enforcing high standards, and ensuring the UK is a thought leader in international regulatory discussions.” In an FCA podcast, recorded one month into his leadership, Rathi stuck to essentially the same priorities, going into further detail on several, with an understandable focus on the pandemic: “The FCA has to carry on doing what I think it did very well during the height of the crisis in March and April, which is listen and respond with pace and agility as new challenges emerge.” Addressing the growing risk of firm failures as the pandemic continues, he said: “We cannot stop some of the firms that are under FCA oversight from failing. We are not nor should we be a zero-failure regulator.” But he also stressed that, in this regard, the FCA will work to “ensure that risks are managed and consumers are adequately protected.”

Looking farther down the road, Rathi also stressed the importance of data: “We have to become more of a data-led regulator. Data information intelligence is at the absolute core of what we do right across the organisation.” Rathi concludes by outlining his vision for a post-Brexit world: “We will continue to work hard on new areas of finance, particularly supporting innovation and fintech to make sure that the regulatory framework continues to adapt to the significant changes that we’re seeing around us.”

Rathi has had a lot to deal with, coming onboard at the FCA smack in the middle of the COVID crisis. The UK has endured stricter lockdowns than most, and the country’s economy shows it. We’ve covered the FCA’s response to the pandemic in this space (here, here, here, and here), with the overarching takeaway being that—while there’s an understanding at the regulator that these are unprecedented times—ultimately every firm will be held accountable for its actions. But accompanying this reminder that Big Brother is always watching, there’s an expansiveness to Rathi’s approach that’s hard to imagine coming from, say, an SEC chief. In his opening statement, Rathi commits to organisational diversity, tackling climate change, protecting vulnerable consumers, and being a thought leader in the regulatory space. Yet Rathi is clearly a private-sector, free-markets kind of guy. He was chief executive of the LSE, served at Treasury during a time of Conservative Party leadership (a Tory-dominated coalition government, to be precise), and was appointed chief executive of the FCA by a Tory Exchequer. This expansiveness of view is perhaps reflective of the fact that, in the UK, the party on the right runs farther to the left, relatively speaking, than the party on the right in the US; and also of the fact that capitalism in the UK is somewhat less of a free-for-all than it is in the US. Still, rhetoric counts, and Rathi’s points to a kinder, gentler, more inclusive approach to regulation: one reaching for influence and leadership in new areas, while staying grounded in the work of keeping markets functioning efficiently and fairly.

GERMANY, WIRECARD & BAFIN
In June 2020, Wirecard—a German,  electronic payments processor—announced that €1.9 billion was missing from its accounts and collapsed into insolvency soon thereafter. It’s the worst accounting fraud scandal in the country’s postwar history. Wirecard was a darling of the German fintech sector: a symbol of real pride for a country better known for making world-class machinery than world-class software solutions. Leading up to all this, there had been a lot of talk, and a lot of serious reporting, that something was seriously amiss at the fintech firm, and a feeling that BaFin was not doing its job in policing it. As a result, on 29 January of this year it was announced that BaFin’s head, Felix Hufeld, and Elizabeth Roegele, his deputy, who had been in charge of financial markets supervision, would be leaving the regulator. Addressing the departures, German finance minister Olaf Scholz said in a statement that the country’s system of financial regulation “needs to be reorganised, so that it can fulfil its supervisory role more effectively.”

The changes in leadership at the SEC and the FCA are far more normal, for lack of a better term, than what’s happening at BaFin. That is, there’s no scandal pushing out their respective chiefs, just expected cycles of succession. And Scholz’s statement is as scathing as they come: a stunning admission of failure on the part of the German government to properly regulate its financial services sector. Rather than Wirecard’s collapse signifying a single instance of poor financial oversight—an outlier in an otherwise well-running regulatory system—it represents a breakdown in the entire approach. As such, whatever comes of changes at the SEC or FCA likely won’t come close to what’s going to come out of the BaFin situation. What’s happening in Germany is perhaps akin to what happened in the US in the wake of the 2008 financial crisis—a recognition that there were systemic issues in the oversight of financial services. That realisation led to the massive legislative overall in financial regulation known as the Dodd-Frank Act. The German government has yet to announce who will take over at BaFin. If Germany is seeing the Wirecard scandal as this much of a game changer, expect game-changing regulatory change in response, and a leader who will have government's full support to see those regulatory changes through.

HOW STARCOMPLIANCE CAN HELP
As if a worldwide pandemic hasn’t thrown up enough challenges for compliance departments in the past 15 months, now there are leadership changes in process at three of the world’s most important financial regulators. And it’s safe to say that regulatory changes will result from each transition, which means compliance teams and firms will need to be able to pivot quickly. StarCompliance software can help. Because it’s fully configurable, it makes adapting to any changes in your firm's operating environment—be it internal or external—simple. Our employee conflicts of interest monitoring platform gives firms an unparalleled, 360-degree view of employee activity at every level of the organisation, and it’s easy to use for both end users and compliance officers.