Tech Takes Charge: Five Insights Into The Future Of Banking 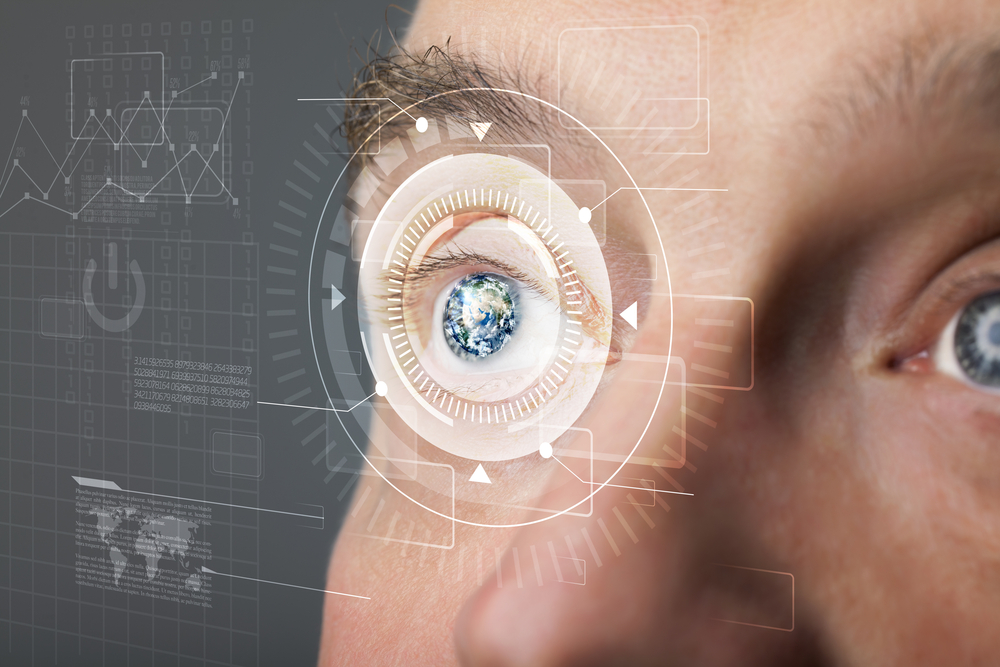 The Sunday Times recently published The Future Of Banking: an eight-page overview, conducted annually, that looks at where banking is now and where it's headed. Last week, we offered five important takeaways from Star's contribution, "New And Improved Nerve Centres Of High Finance," which focused on how automated software solutions reduce risk while simultaneously making control rooms—the nerve centers of big investment banks—more efficient and effective. This week we're broadening our coverage, offering five high-level takeaways from the larger Future Of Banking pullout section.

1. TECH IS TAKING CHARGE
"The next decade or so could herald more changes in the capital markets than in the past 40 years, and only the most innovative players will survive." So opens this special edition's lead story, entitled: Race Is On As Tech Shakes Up Capital Markets. It's not the cheeriest observation, but likely an accurate one. It doesn't take an MBA to see how tech has already shaken up traditional finance. Your StarCompliance blogger can't remember the last time he had to physically walk into a branch to do even the most basic bit of retail banking, i.e., deposit a check. Mobile banking applications have transformed this particular banking experience, and many others, for those banks that have kept pace with such trends, at least.

And not all have. Per Ian Fraser, author of the piece: "Some incumbent financial institutions, ill-prepared for the technological changes that are revolutionizing their industry, are still deploying customer-unfriendly business models [and] processes ... that haven’t much changed for decades." For these legacy banks, the ones tied to old ways of thinking and old-fashioned practices, the fintech "insurgents" are coming, and only those that can cast off the old and embrace the new will survive. This quote from the piece might sum it up best: "In the future, [banking] will be a technology game with a banking license attached."

2. TRUST IN BANKING HAS GONE BUST
A second article of note from this Sunday Times special edition is "The Trust Imperative." Based on numbers provided by Capgemini—a global tech-services and digital-transformation consulting firm—the graphical piece offers a concerning snapshot of just how poorly the modern, retail banking customer rates the banking industry when it comes to trust. This, conversely, when trust has become so important.

The number of people who have "trust in banks" currently stands at just under 80%, up from low points recorded in the aftermath of the 2008 financial crash, but not quite recovered to pre-crash levels. But consumers now rate trust as more important when it comes to banking than things like price. They also rate it higher than another service that was once seen as high-tech but, in an age of pay-by-phone, is now perhaps seen as passé: the automated teller machine. Big Tech fares little better than banking when it comes to consumer trust, with 79% of respondents saying they have privacy and security concerns. One current bright spot for banks is Millennials, with 74% saying they're willing share personal data with banks, versus just 49% for those respondents over 55.

3. EDGE COMPUTING IS EDGING CLOSER
Edge computing turns out to be pretty much what it sounds like. Rather than computing power and attendant data-processing services being centralized somewhere, either on premises or in the cloud, it's instead scattered about, lying closer to the source. Consider the smartphones you and most of the people around you right now just can't put down. These devices are, of course, mini-computers, and have plenty of processing power: enough to crunch much of the data billions around the world are currently generating. According to "Banks Will Need To Live Life On The Edge: "By 2022, 50% of enterprise-generated data will be created and processed outside of data centers or the cloud, and by 2025 the number of internet-of-things devices is likely to have reached ... 100 billion."

The good news for banks, according to Stephan Fabel—director of product at Canonical, the open-source software company behind Ubuntu—is that “financial institutions have a long history of edge computing, although it may not have been classified as that in the past." Fabel cites ATMs and stand-up branches as classic examples of edge computing that were just never thought of in that manner. "Reducing costs associated with edge computing," adds Fabel, "will be the key factor in driving more holistic edge solutions, especially with financial institutions managing global fleets.”

4. HOW NEW TECH IS TAKING ON OLD BANKS
In "Five Ways Tech Is Challenging Traditional Banking Models," mobile comes in as challenge number one. "Challenger banks," says author Josie Cox, "have been quick to recognize savers’ appetites for a digital-first banking experience, where they can do everything seamlessly from their mobile phones." Agility comes in as challenge number two. "The digital-first strategy inherent to many fintech businesses means they’re agile and can provide swift customer service. This is of great value in a world where consumers have become accustomed to a platform economy and expect instant gratification."

Recruitment is challenge number three. "Tech companies," says Cox, "have recognized that for prospective members of their workforce, the opportunity to feel like more than a small cog in a large machine is a big incentive." Big banks, conversely, are "perceived as profit-focused meritocracies." Retention is challenge number four. Financial institutions, which for years had relied on "prestige, brand name, and pay to retain top talent, are dealing with an increasingly discerning generation of workers ... [who] want to work at a company that understands the importance of diversity, ethnicity, or something else." The last challenge is regulation. Open-banking rules mean banks must now be more transparent when it comes to performance and fees, giving "digital aggregators" the chance to hoover up traditional banks' "accounts and the profit pools they represent" of either unhappy or more modern-minded customers.

5. BIG BANKS UNDERUSE THEIR BIG DATA
"Volume is not a viable data strategy." So offers Rob Casper, Chief Data Officer at J.P. Morgan Chase, as quoted in "Data Management Has A Long Way To Go," The Future Of Banking's write-up on data analytics. "The most important objective is to find ... business problems and then dedicate your data management efforts towards them.” And the Big Banks have plenty of Big Data to dedicate their data-management efforts to. Per the piece, banks have more personal data points on the average person than even Facebook or Google. The problem for banks, and for customers, is that they don't use it.

“Other industries are thinking far more holistically about their customers and their data,” says Falk Rieker of software multinational SAP. “Banks have optimized their data for functions such as know your customer or marketing, but they don’t look enterprise wide. There’s no one to tie this data together.” And what could banks be doing with their data? "Optimizing [our lives] and finances ... [and] ... advising us in a unique way," offers Ed Maslaveckas, chief executive of Bud, a British fintech firm that connects apps and banks. The implication? If Big Banks won't put all that data to good use, Big Tech would be more than happy to.

Thanks for reading. These are just a few of the many highlights found in "The Future Of Banking." To be wholly illumed on where banking currently is and where it might be going, you can read the article in its entirety here. 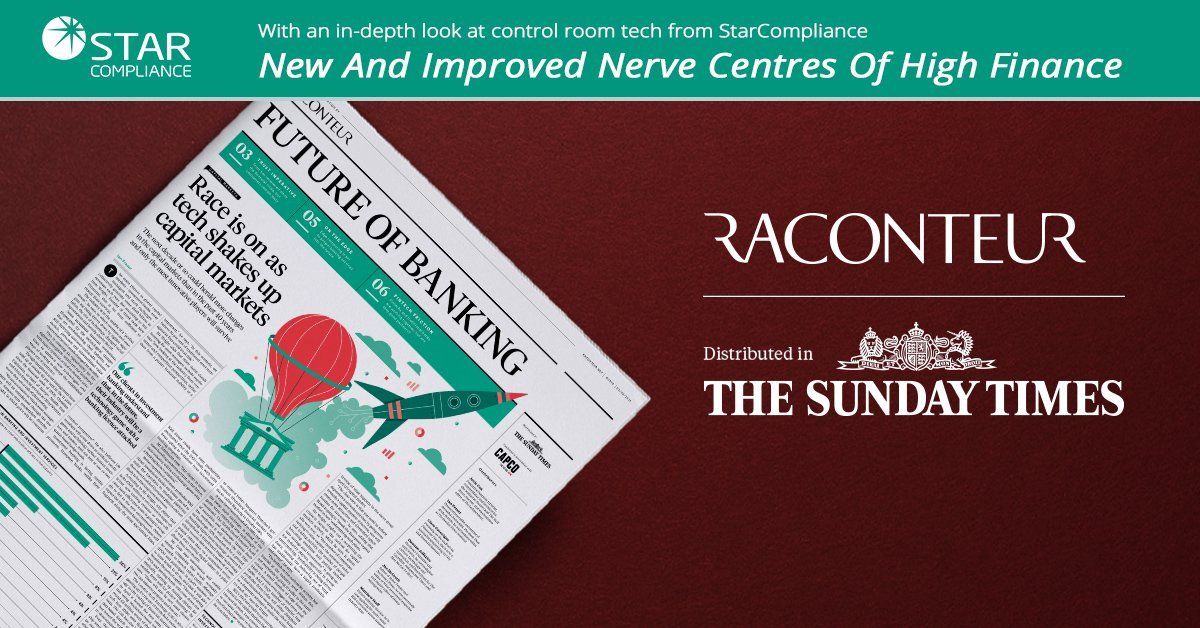