Tipper X: 5 More Takeaways On Insider Trading From A Former Inside Trader 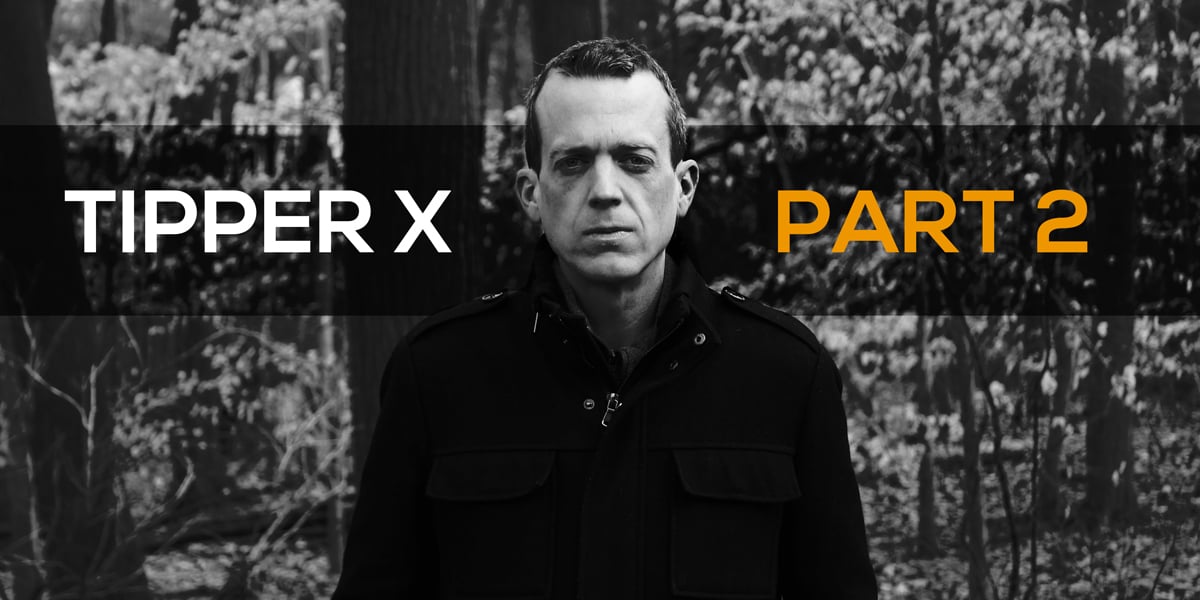 Part two of a two-part blog series built around the keynote speech given at the 2020 Star Fall Forum by Tom Hardin, a.k.a., Tipper X—former inside trader turned FBI informant turned anti-inside trading crusader

Last week in this space we heard at length from Tom Hardin, better known to the world as Tipper X. Tom was caught inside trading at his small hedge fund by the FBI and became an informant. He ended up becoming the most productive cooperating witness in the agency’s 2007-2012 insider-trading sting operation, which specifically targeted the hedge fund industry and which lead to more than 80 guilty pleas and convictions. Today, Tom speaks on conduct risk, ethics-and-compliance issues, and, of course, insider trading, with a peerless insider’s perspective. Following are five more key takeaways from his Star talk.

1. ALL NETWORKS ARE SMALL, NO MATTER FIRM SIZE
Last week we talked about employees making connections and building networks, and how everyone must be careful about who they let into their networks because those connections will naturally exert a behavioral influence. For Tom in particular, not closing the door sooner on the tipper who would bring him down, who Tom met early on in his career, is proof positive of this concept. But one might be tempted to think that Tom, working at a small firm, was perhaps more likely to fall prey to the effects of a bad network, i.e., maybe his potential circle of people he could make connections with was limited by firm size.

But that’s not the way it works. Just because someone works for a big firm doesn’t mean their networks proportionally scale up. People tend to operate in similar sized groups no matter the overall size of the organization. Tom: “Whether it’s 2000 people, 200 people, or even two people—like in my hedge fund—I think you still tend to stay in touch with the same number of people, and that number is typically small. For me, there were five people I invariably stayed most in contact with.” What this means for managers and compliance officers at big firms is, the small group dynamic still matters, and therefore must be paid attention to. Even if the firm has 20,000 employees, the most important influences on individual behavior are likely to occur at the micro level.

2. IT’S ALL IN HOW YOU RATIONALIZE IT
Motives vary. For the average person on the outside looking in, reading about an inside trading scandal, it may be easy to imagine that every inside trader is a scheming devil—plotting and planning in every spare moment to game the system and maximize his or her ill-gotten gains. But when Tom started putting his tips to use, his thinking was anything but nefarious. “I felt this kind of altruism for our investors. Professor Francesca Gino calls it self-serving altruism, where people feel less guilty about their dishonest behavior when others can benefit from it. I told myself: ‘I’m helping other people out by placing this small trade. No one’s getting hurt. I’m not running a Ponzi scheme. I'm just buying the stock before everybody else. It's a victimless crime. I’m helping the firm and its investors.”

“But if you're familiar with social science, and in particular the work of Dan Ariely,” continues Tom, “there's this idea of fudge factor, where we all want to think of ourselves as good people. So we cheat up the point we can continue to think of ourselves as good. 'I’m just taking a flyer,' I told myself. But the use of a euphemism like this strips illicit behavior of its moral connotation: removing the ethical sting and normalizing the unethical or illicit behavior. There are all sorts of ways to rationalize things away so you can live with yourself. Of course, for most people, rarely does that kind of behavior escalate to the point FBI agents stop you in the street on the way to work.”

3. GOALS MUST BE CHALLENGING BUT ACHIEVABLE
“My personal performance goals went from being very long term to very short term,” says Tom. “From a one-to-three year investment time horizon to investing month to month. Making money every month by picking stocks is almost impossible, unless you cross the line that I crossed. When I’m giving a talk to corporate clients today, the number one thing I want them to take away is that goals can be challenging but must be achievable.” Culture counts, and motivation matters. How you incentivize employees is going to affect how they behave. And if the incentives don’t dovetail with what’s in the code of ethics, which do you imagine is going to win out in the end? This is something for compliance officers to think long and hard about, i.e., how are traders being told to go out and make money?

And even in things like general firm messaging and promotion—the communication of what the firm stands for and what it means to be successful at the firm—all of that builds up and presents a picture employees see every day: ultimately representing the cultural and ethical boundaries of the firm.

4. COMPLIANCE MUST BE VISIBLE, IN THE RIGHT MANNER
“In my early experience,” says Tom, “I viewed compliance the same way I viewed police. They were enforcers, there to scare you a little. Always saying there’s a rule for this and a rule for that. Getting in the way of setting up the business. ‘Uh oh, here comes compliance,’ you’d think to yourself. I never viewed them as being a partner to my success.” Tom’s conception of compliance is still a common one in the financial services industry, though that conception is changing. There’s an increasing understanding from both the business side and the compliance side that compliance should be and needs to be a true partner in the business: that compliance is there to protect the firm and the people who work in it.

Tom: “As I see it today, compliance is the career protector: the integrated layer between the regulator and the business. Compliance officers should be visible, but in different ways than they used to be. Get your voice as the compliance officer out to the business as a partner. Tell traders, ‘I'm here for you.’ If I had just had that quarterly lunch with the compliance officer, and mentioned the bad behavior I was seeing in the industry, the right compliance officer might have said to me: ‘Tom, you’d never do that in your career. You're already in such a great position at such a young age. Why even consider it?’ Something that simple may have made all the difference."

5. COMPLIANCE NEEDS TO BUILD ITS OWN NETWORK
We talked already about the need for networks, and the power of networks in influencing employee behavior, especially the behavior of employees fresh to the industry. Compliance officers need to establish networks, too: inside the companies they operate in. Unfortunately, it’s something Tom Hardin sees too little of. Tom: “Sometimes I'll do a board presentation to a large organization, and there’s no compliance professional in sight. Compliance needs to have established, working relationships throughout the organization. With HR. With the CFO. With the Chief Strategy Officer. You need to have these relationships with the individuals who can allocate resources to your program, because together you're steering the culture and the behavior of the firm.”

This piggybacks nicely off our previous takeaway, that compliance must be visible in the right manner. Not only must compliance be properly involved with the general employee population in order to keep conduct risk at a minimum, it must also be properly involved with senior leadership. Partnering with the business means reaching out and having a presence at every level and in every area of the business. Tom: “Having relationships in place means a better chance of being able to uncover the rationalizations people might be making—patterns of behavior at the micro level—and offering a slight nudge or well-placed word that could make the difference in a developing situation. I never thought about being caught. And I never thought about the amount of money I was making. I was never watching the money. The FBI told me later $46,000 was my share of the $1.2 million the firm made off my trades. Oh my god, I thought, I threw my career away for $46,000. But maybe it didn’t have to happen.”

Did you miss part one of this insightful blog series? To catch up now, click here. Find out more about Tom and his journey from inside trader to FBI informant to anti-inside trading crusader—in his own words—by clicking on the banner below.