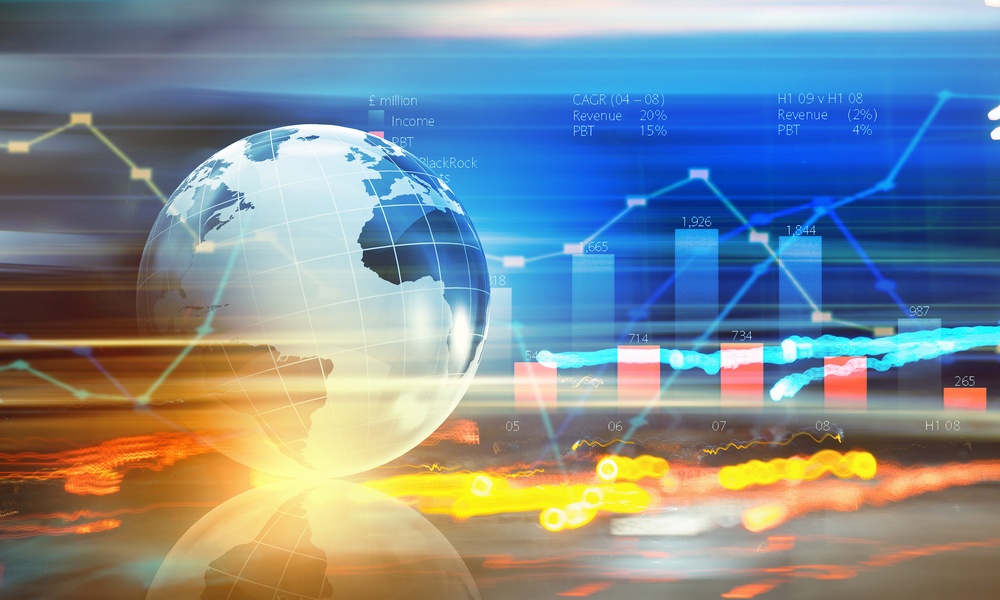 January 2, 2018 came and went and the world didn't end, nor did any markets crash. The former was never realistically in play, but there was some reasonable concern about the latter.

That's because January 2 was the day the new Markets in Financial Instruments Directive, or MiFID 2, went into effect. The regulatory sequel to MiFID 1, MiFID 2 is a quantum leap past its predecessor in terms of reach, and will affect nearly every aspect of trading in the European Union.

But before we delve into the details of what MiFID 2 is and what it means for those in the financial industry, it's worth taking a moment to consider what shapes EU thinking when it comes to regulation.

Market makers
Both MiFID 1 and MiFID 2 address as a primary concern the welfare of the investor. The introductory text of the ESMA MiFID 2 homepage sums it up: "This new legislative framework will strengthen investor protection and improve the functioning of financial markets, making them more efficient, resilient, and transparent."

Though it's investors that ultimately make any market, it's no secret they exist at the bottom of the pile when it comes to power and influence, especially retail investors—the people buying and selling shares on the phone with their broker or, more likely these days, on their computer. Included in this lowest layer are individuals socking money away in managed funds. Bond investors abound at this level, too.

The same way the coming General Data Protection Rule, or GDPR, is at heart all about protecting the data privacy of the individual, the MiFIDs are at heart all about protecting the individual investor—ensuring fair play and resilient markets no matter the investment vehicle. This concern for individual rights, in spheres economic and technological, fundamentally informs the EU's regulatory approach.

(For more on this and other aspects of the GDPR, as well as EU governing philosophy, read our in-depth two-part blog series.)

If at first you don't succeed
The official kickoff to the financial crisis was the September 2008 collapse of Lehman Brothers. MiFID 1 came into being not quite a year earlier, in November 2007. Perhaps the EU was seeing some looming problems the rest of the world wasn't. If nothing else, Europe was ahead of schedule in focusing on the well being of the investor.

MiFID 1 focused primarily on the equities markets. One of its goals was to create a single market for investors, and in the process maybe mimic the scale and energy of US equities markets. But it had other markets in mind, too, such as the bond and derivatives markets, and aspired to "harmonize" protection for all investors. Even so, the crash was a wakeup call.

In October 2011, the EU formally set about revising MiFID 1 to deal with the realization that markets of all sorts were far from safe and resilient. Several years of debate in the EU Parliament produced MiFID 2, with January 2, 2018 set as the date of implementation to give markets time to prepare.

It's worth noting that MiFID 2 has a sister regulation, MiFIR, or the Markets in Financial Instruments Regulation, which went into effect at the same time. They each have their own regulatory jobs, but for simplicity's sake we'll use the term MiFID 2 to cover the standout aspects of both.

Tale of the red tape
Coming in at 30,000 pages and with more than 1.4 million paragraphs of rules, MiFID 2 is a big piece of legislation, and an expensive one. The estimated total cost to comply is in the neighborhood of €2.5 billion. And its ambitions are as big as its price tag. MiFID 2 officially sets out to:

It also sets requirements on and seeks to:

Regulatory scope like this means anyone trading on a European market will be affected by MiFID 2 in some form or another. Back to that financial industry pile, this includes brokers, fund managers, high-frequency traders, exchanges, banks, trading venues, hedge funds, and pension funds. In other words, anyone who sits between buyer and seller, investor and investee.

And no market goes untouched. MiFID 2 will regulate equities, commodities, futures, currencies, and ETFs. Off-exchange markets, like the bond and derivatives markets, will also feel the regulatory heat. Equity dark pools will have volume caps, over-the-counter traded securities will be pushed onto regulated exchanges as much as possible, and standards for investment vehicles will be higher overall.

Those working outside the EU will also feel the effects of MiFID 2. Anyone trading a security with a component asset listed in the EU will operate under EU jurisdiction, no matter where in the world they're based. And Brexit just makes an already confusing transition for the financial industry even more confusing. Brexit remains a work in progress, and the two competing narratives of MiFID2 and Brexit will continue to intermingle and collide long before any final guidance for the industry is issued.

And get used to hearing the word unbundling. Unbundling means research and trading costs will no longer be, well, bundled into what asset managers pay the trading institutions they work with. Again, transparency. This theoretically means asset managers should seek the best services at the best prices, with any advantages gained passed along to the investor. For example, money saved on trading costs should benefit investor bottom line by reducing fund-management costs and boosting return.

Farther up that financial industry pile, sell-side analysts are now apprehensive that unbundling may cost them their jobs. Unbundling may also affect American brokers trying to do work for EU investors; they would now need to be registered as separate investment advisors to receive direct payment for investment advice.

Trade surveillance: Big Data is watching
Fears that shenanigans may have been going on in shadowy or poorly understood markets, with investors not getting a fair shake, means transparency is king with MiFID 2. In the age of Big Data, that means new data requirements.

ESMA, the European Securities and Markets Authority, is the regulator tasked with turning the legalese of EU financial law into working technical standards the financial industry can use in practice. ESMA did just that for MiFID 2, with 28 regulatory technical standards, RTS, covering trade surveillance directly or indirectly: everything from microstructural issues, to data publication and access, to market data reporting, to best execution.

One change worth noting in detail deals with market structures. MiFID 1 created something called  multilateral trading facilities, or MTFs. MTFs are alternative trading venues—alternative to the big exchanges like the London Stock Exchange, that is. MTFs increased competition, as was intended, but also caused market fragmentation, pushing some securities off organized venues and hindering price discovery. MiFID 2 attempts to remedy this by requiring all organized trading take place on MTFs via systematic internalization, SI, or on an organized trading facility, OTF.

Another change worth mentioning involves algorithmic trading, specifically the algorithmic trading engines that power the trades, or algos. Controls on algos moving forward include using systems that (1) ensure trading systems are resilient, (2) have sufficient capacity, (3) use trading threshold limits, and (4) will prevent outcomes that may create a disorderly market. Compliance staff will need to know how their algos operate—a good thing—and will have to monitor said trading in real time.

Best execution. Two very loaded words when it comes to the MiFIDs. Implemented under MiFID 1, MiFID 2 takes the concept of getting the best possible trade results for clients, or best execution, to the next level. RTS 27 homes in on pre- and post-trade transparency across (1) regulated markets, (2) MTFS, (3), OTFs, and (4) SIs. Trading venues will be required to provide quarterly reports on the quality of client trade execution. Details must include price, costs, speed, likelihood of execution and settlement, size, and nature.

Record keeping and telephone and email recording requirements will also change under MiFID 2, though not drastically. MiFID 1 already required record keeping for all order records. MiFID 2 simply adds that the order records be sufficient to allow for proper supervision of trading tasks to be carried out.

Finally, no less than 65 data points will need to be recorded for trades, up from 24, with that information stored for five years. Banks and brokers must be able to prove that, whatever route through whatever exchanges and expediters they chose for a trade to travel, their customers got the best price. More data may also mean more audits, as this unprecedented volume of data flows into regulators.

They will have to keep up with it though, which isn't necessarily a given.

Party crasher
But by all accounts, the launch of MiFID 2 went smoothly. Part of this is due to the obsessive amount of launch-day preparation by industry players.

Another part is due to the leeway given by at least one regulator, which feared not every player had been obsessive enough. ESMA gave firms an extra six months to assign the unique identifier numbers all parties to trades are required to have under MiFID 2. Also, though 17 EU members states had not yet turned MiFID 2 into national law, trading was allowed to continue there. Expect give and take like this between regulators and the industry to continue for some time.

There is at least one potential point of worry. It appears little trading has so far moved from dark pools onto public exchanges. One estimate puts the amount of daily shares traded in the EU on dark pools at 45% of total volume—no one's idea of transparency. ESMA delayed putting MiFID 2's dark-pool equity caps officially into place as it tried to figure out exactly which stocks would be affected and which wouldn't. But there are also concerns banks and brokers are already trying to find workarounds.

A stated goal of MIFID 2 was to restore investor confidence after the financial crisis, where machinations and plain-old poor decision making behind the scenes led to the greatest economic mayhem since the Great Depression. But MiFID 2 is very new, and it's too early to make any judgments on the state of its implementation, or make accusations that any players are acting in bad faith. MiFID 2 may be crashing the party, but so far it's not crashing any markets. That's a good start.