Employee Political Donations: How Compliance Software Can Help You Track Them 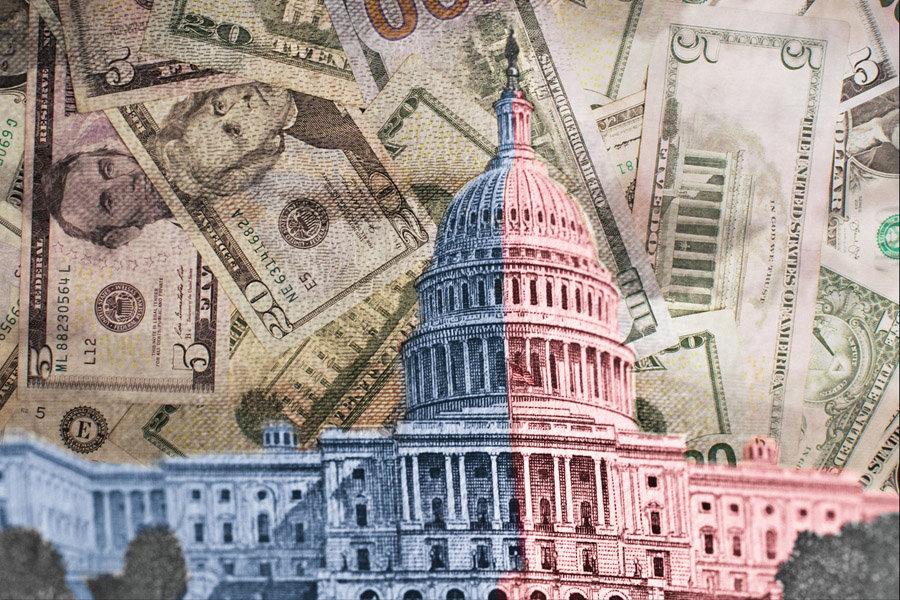 Personal political donations are on the rise in America. Here’s a primer on why it’s happening, what it means for financial firms, and how a compliance platform can help you track them and reduce risk

For a long time in American politics, the worry has been the effect big money can have on elections. In a country where freedom of speech is equated with the freedom to spend liberally on the candidate of your choice, it’s a reasonable worry to have, particularly in a country as wealthy as the United States. But in the 2016 presidential election, another force in American politics began to strongly emerge: small money. Money donated by individual, average Americans. In the Democratic Party primary race, which came down to a contest between Bernie Sanders and Hillary Clinton, Sanders became the unofficial candidate of small money. The idea fueled his campaign rhetoric and filled his campaign coffers.

It’s a notion that has since persisted. Donald Trump picked up on the idea for his 2020 presidential campaign. So did Joe Biden. Even if both of them were also more than happy for big donors to step up to the collection plate. And in an era of near-continuous campaigning—we’ve all heard the complaints from elected representatives that they spend as much time fundraising as they do governing—it doesn’t matter as much as it used to whether it’s an odd or even year; individuals are more likely to be contributing to their favorite candidates in any year and at any time of year. Firms based in Europe or the UK with US operations also can’t escape this very American political experience: if you’ve got Americans working at a US branch of your German bank, for example, your firm has as much potential to end up on the wrong side of regulators as any US-headquartered financial institution.

Star’s Political Donations product streamlines the submission and reconciliation process surrounding employee contributions to politicians and political entities—automatically tracking the money your employees are splashing out on cherished candidates or causes, and ensuring any donation limits that may violate firm rules or conflict with client interests aren't exceeded.

FREE UP YOUR TEAM’S TIME
Automated pre-clearance lies at the heart of Star’s employee conflicts of interest monitoring products. For Political Donations in particular, it means that employees log in to the STAR Platform, submit their requests for any planned political contributions or activities, and receive fast, automated approvals or denials. This frees your compliance team up from having to manually process each and every political donation request.

You can be sure the STAR system is doing the job right because it’s fully configurable—rigorously following your firm’s precise rules and code of ethics when evaluating the requested political activity. And robust reporting capabilities allow you to produce customized reports of current and historical trends. Finally, Star's Political Donation product lets you easily manage lists of individuals or political entities benefiting from any donations made by employees or your organization. You can create custom profiles for each employee, apply donation limits to specific user groups, and set review thresholds that apply to users within those groups.

With automated pre-clearance taking over the most repetitive tasks of monitoring and managing political donations, Star software does the heavy lifting, not your compliance team.

GET THE BIG COMPLIANCE PICTURE
The STAR Platform is a web-based software system that centralizes all your critical compliance data into one place for easy access by employees and compliance officers. The Star Political Donations product operates as part of the STAR Platform. One of the big benefits of STAR is its capacity to integrate with other firm systems—such as HR, expense  and order systems, and historical political activity records. This means you can monitor and manage high-risk individuals and groups of all sorts far more easily than before, like those engaging in potentially risky political donations activity. And you define the rules for automated cross-referencing of existing data when any pre-clearance request is made, reducing the potential for conflicts to slip between the cracks.

But it’s the software's reporting function that really gives you a 360-degree view of political activity. When it comes to keeping an eye on employee donations you want to be able to run reports frequently, and STAR functionality makes that task simple. You can even schedule these reports to be sent to a pre-defined list of recipients on a recurring basis, to ensure you and other business stakeholders stay up-to-date and in-the-know.

MONITOR NATIONWIDE ACTIVITY EASILY
Star offers a wide range of vendor products that let you manage an ever-increasing amount of critical data—all of which operate seamlessly through the STAR Platform. One of these products is Star's Contribution Data Service. This third-party data feed comprehensively tracks all political donations made in the US at the federal level and across 49 states—removing from your compliance team's shoulders the time-consuming burden of manually searching for employee political donations across multiple public sources. This saves them hours of reconciliation work. Star’s Contribution Data Service helps ensure donation limits that may violate firm rules or client interests aren't exceeded, and that no one breaches any pay-to-play rules on political contributions.

Is small money—and the potential for regulatory problems and conflicts of interests it poses—here to stay? History will ultimately be the judge of that. But for now and the foreseeable future, the risk of personal political activity is here and it's real.