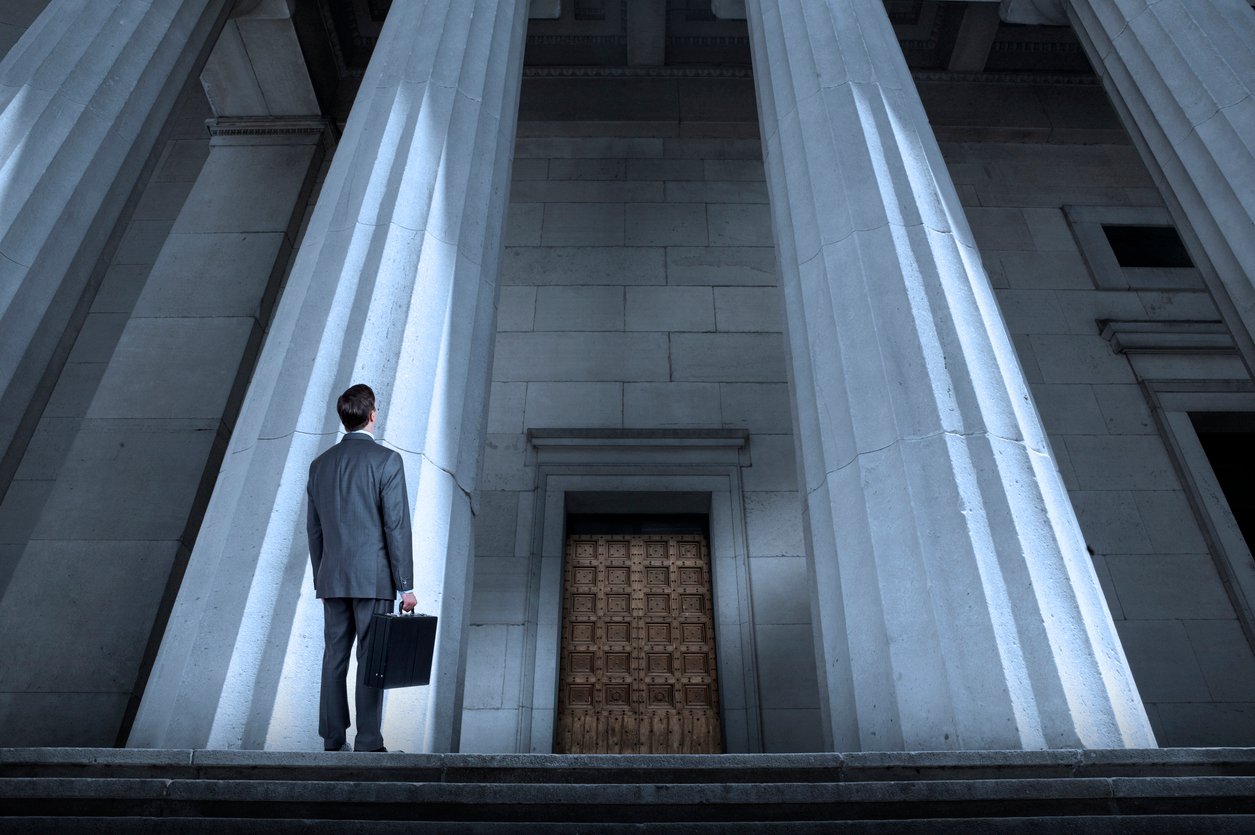 Regulators in Germany, Canada, and the US are going through various high-level organizational and personnel changes. In this week’s StarBlog, we offer coverage and a solution or two to the dilemmas these changes pose

1. BAFIN GETS A NEW BOSS
The Federal Financial Supervisory Authority—a.k.a., BaFin—is Germany’s primary financial regulator. On 29 January of this year Felix Hufeld, BaFin’s head, and Elizabeth Roegele, his deputy—who had been in charge of financial markets supervision at BaFin—left the regulator in the wake of the Wirecard scandal. An electronic payments processing giant, Wirecard had been a darling of Germany’s tech sector. In June of 2020 the company announced that €1.9 billion was missing from its accounts. The company collapsed into insolvency soon thereafter. It’s the worst accounting fraud scandal in Germany’s postwar history.

After much soul searching—and six months of searching to find just the right person to bring some much needed change to the regulator—BaFin has settled on Mark Branson. Branson is 52, and took up the position of president on 2 August. Unlike the German born, bred, and educated Hufeld, Branson was born in the UK. He was also educated there: having earned an M.A. in Mathematics and Management Studies at Cambridge and an M.Sc. in Operational Research at Lancaster University. Branson holds Swiss citizenship as well as British, and had been the CEO of the Swiss Financial Market Supervisory Authority (FINMA) in Bern for seven years prior to his appointment as head of BaFin. He previously worked at Coopers & Lybrand, Credit Suisse, and UBS.

This multinational educational and professional background speaks to Branson’s billing as a “recognized expert in the financial markets [who] brings considerable international experience to the helm of the German supervisory authority.” Per the press release announcing his ascension to the presidency, Branson will continue the modernization program begun in the spring, which aims to improve the effectiveness of financial supervision and turn BaFin into “a world-class supervisory authority.”

“Being a supervisor is more than just a job,” offered Branson upon taking up the presidency. “It’s a vocation. I am fully aware that people have very high expectations of BaFin.” He noted the public pressure resulting from the Wirecard scandal opened up opportunities to make changes at the German financial regulator that would otherwise have taken longer. Branson added: “I am looking forward to contributing to the modernization of BaFin and working with employees to tackle the challenges ahead.”

2. CANADA TO CONSOLIDATE
Regulatory change is also afoot in Canada. On 3 August the Canadian Securities Administrators (CSA) announced it plans to create a new self-regulatory organization (SRO) designed to “provide enhanced regulation of the investment industry.” The new SRO—yet to be named—will combine the functions of the Investment Industry Regulatory Organization of Canada (IIROC) and the Mutual Fund Dealers Association of Canada (MFDA). The CSA announced its intention to create the new SRO in its CSA Position Paper 25-404: New Self-Regulatory Organization Framework. As part of the framework, the CSA will also combine two existing investor protection funds (IPFs)—the Canadian Investor Protection Fund and the MFDA Investor Protection Corporation—into a single fund independent of the new SRO.

Following are some of the key guiding principle behind the decision to create the New SRO and New IPF:

The transformation will begin immediately and will be conducted in two phases. Phase One will focus on the design of the new bodies and the integration of the existing SROs and IPFs under the new framework. Phase Two will consider whether it’s appropriate to incorporate other registration categories—including portfolio managers, exempt market dealers, and scholarship plan dealers—into the new bodies.

The new bodies will facilitate easier and more cost-effective access to a broader range of investment products and services for the public, and are expected to result in cost savings for dealers; they will also harmonize IIROC and MFDA rules and streamline complaint processes. "The new framework,” said Louis Morisset, CSA Chair and President and CEO of the Autorité des marchés financiers, “is the result of extensive research, consultation, and analysis … designed to protect Canadian investors and enhance public confidence, accommodate innovation, [and] ensure fair and efficient market operations.”

3. GENSLER BUILDS HIS TEAM
On 25 August the SEC announced the appointment of Barbara Roper as senior advisor to the chair, Gary Gensler. Gensler, of course, is also relatively new to the SEC. Per the SEC press release announcing Roper's appointment: “Ms. Roper's focus will be on issues relating to retail investor protection, including matters relating to policy, broker-dealer oversight, investment adviser oversight, and examinations.”

Roper is currently the Consumer Federation of America’s Director of Investor Protection, and has been there for 35 years: a lifetime in any profession, and as such highly instructive regarding her stance on key issues. She’s an outspoken advocate for investor protection and, according to The Wall Street Journal, “has frequently sided against banks, brokers, hedge funds, and private-equity firms on regulatory issues.” She’s conducted studies of the financial planning industry, the oversight of investment advisers, the need for mutual fund reform in the wake of trading and sales abuse scandals, and securities law weaknesses surrounding the 2008 financial crisis. She’s also served on advisory committees at the SEC and at FINRA.

Here’s what Gensler had to say about her appointment as senior advisor: "Barb is a champion for investors and will provide invaluable counsel on behalf of the American public. I've had the pleasure of working closely with her on the Sarbanes-Oxley Act and the critical market reforms of the Dodd-Frank Act, and I’m thrilled to collaborate with her again at the SEC." And finally this from Roper herself: "I'm excited to join the SEC and Chair Gensler's leadership team. I've dedicated my career to ensuring our capital markets work for the average investor. With investor protection at the core of the SEC's mission, I’m looking forward to bringing that same focus on the needs of individual investors to my work for the SEC."

4. NEW YORK ALWAYS MATTERS
Finally, this regulatory news out of New York, from the state’s Department of Financial Services (DFS). And while DFS may just be a state regulator, when that state is New York—home to New York City and Wall Street and all that those locales entail—it’s a regulator that matters. The DFS supervises and regulates the activities of nearly 1,800 insurance companies with assets of $5.5 trillion, and more than 1,400 banking and other financial institutions with assets totaling more than $2.9 trillion. The institutions regulated include: 132 life insurance companies; 162 state-chartered banks; 74 foreign branches; 17 credit unions; 382 financial services companies; and more than 9,399 mortgage loan originators and servicers.

DFS just announced that Governor Kathy Hochul—newly installed in the wake of Andrew Cuomo’s departure from the governor’s mansion—has nominated Adrienne Harris to be the next superintendent of the agency. She will need to be confirmed by the New York State Senate. Harris is a former top economic advisor to President Obama, where she focused on helping jumpstart national financial reform, finding ways to advance fintech, and the promotion of financial intelligence in communities throughout the country. Here’s what Hochul had to say on Harris’ nomination. "With Adrienne Harris as our state's top financial regulator, New Yorkers can rest assured that this administration isn't simply focused on just protecting consumers, but on advancing an equitable economic recovery that seeks to lift up all citizens, not just the privileged few.”

MAJOR CHANGE CALLS FOR MAJOR HELP
If you come away from all this with the feeling that regulation and compliance requirements are only on the rise—along with calls for increased efficiencies in the markets and, by extension, among market participants—you’re onto something. The good news is compliance-process automation software, like the STAR Platform, can help you manage all this change, keep you on the right side of regulation, and keep risk at a minimum. The STAR Platform removes much of the manual burden from the day-to-day work of compliance that otherwise falls on your already hardworking people to carry out. Not only does this automation increase efficiencies, and let one compliance officer do the work of many, it also means incidents that break a policy or a reg are less likely to fall through the cracks. It’s the major help major change calls for.